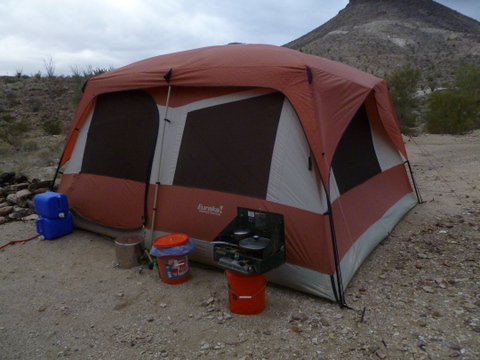 No matter how small a house or apartment you live in, it is hard on the environment. First, the huge amount of material required to build a house has to be produced, at an enormous price to the planet. The raw materials (ores, minerals, wood, and oil) have to be extracted from the earth, transported to be processed, be processed, then transported again to wholesalers, then transported to retailers, then transported to the job site. You read that last sentence really quickly, but it represents a great deal of damage and pollution to the planet. Once the house is built and you move in, you must buy furniture and lots of “stuff ” to fill it. All of those things do more damage to the earth. The house has to be heated and cooled to make it comfortable. You can’t sit in the dark, so the house needs lots of lights to keep it bright. For cooking you need a stove/oven refrigerator and dishwasher. You can’t possibly stay clean without hot water, so you need a 50 gallon hot water heater. The lawn and landscaping has to be watered, mowed and tended to. All of those utilities create huge amounts of pollution to produce electricity, bring you water, and process your sewage. One more way houses damage the earth: a long commute to and from work. Nearly all of us have to work, and the majority of us work in cities. So five days a week you drive to and from work in your car, often crawling along in miserable traffic.

Contrast all of that to a friend of mine I will call Desert Rat. I met Desert Rat in the desert of the Southwest where he was busy working from his tent. He was sick of the rat race so he decided to chuck it all and move to the desert. He was fortunate that he could work from home via the Internet. He didn’t know for sure where he was going, he just knew he wasn’t going to be living in a city any longer. He had heard about dispersed camping on BLM desert land and National Forests, so he decided to give that a try. He had a plan: in the winter he would live in the warm desert and in the summer he would move up to the cool National Forests. Since nearly all BLM and National Forest land has a 14 day stay limit, he knew that all he had to do was carry 14 days’ worth of supplies, and then he had to move anyway.

He got a Verizon data card and cell phone so he could work from anywhere. His pattern is that he goes out to a place where he gets a good Verizon signal (which is an amazing number of places) sets up camp and stays there for 14 days without starting his car again until the 14 days are up and he is out of supplies, then he breaks camp, gets supplies and moves on to the next camp spot. He gets the seclusion he needs and does just about the absolute minimum damage to the earth that a human can do in the twenty-first century. Everything he has is as small, light and fold-able as he could find in order to fit it in his small economy car. 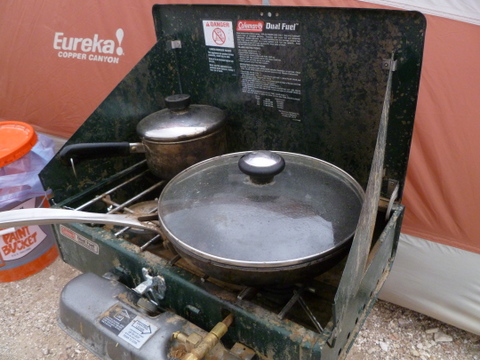 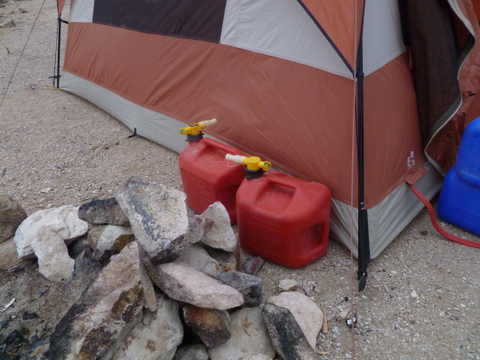 When he was preparing for his new life he decided that, essentially, he was going on an extended camping trip (for many years he hoped), so he went to an outdoor store and outfitted himself. He needed something to live in, so he bought a large, high-quality tent made by Eureka. It is a great tent! In the two months we camped together we had several storms blow through that brought winds well over 50 mph. The tent weathered them like a champ! He needed to cook so he bought a Coleman 2-burner, dual fuel stove. He got it instead of a propane stove because he was already carrying gas for his Yamaha generator and he didn’t want to have to carry a second type of fuel. 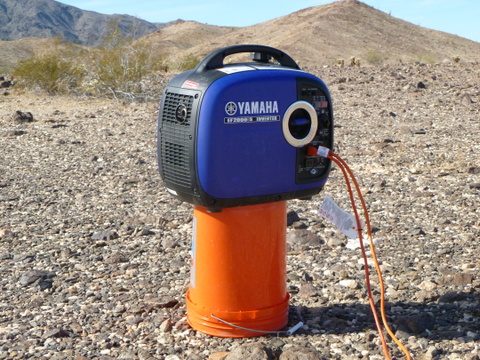 He needed consistent power in the middle of nowhere, so he bought a Yamaha Generator which (along with the Honda) is famous for its reliability, quiet running and low gas consumption. I found it interesting that he set it up on a 5 gallon bucket to keep dust and dirt from coming in through the air filter when running. I thought that was a very good idea. He carries 10 gallons of gas which easily lasts the 14 days for running the generator and cooking. 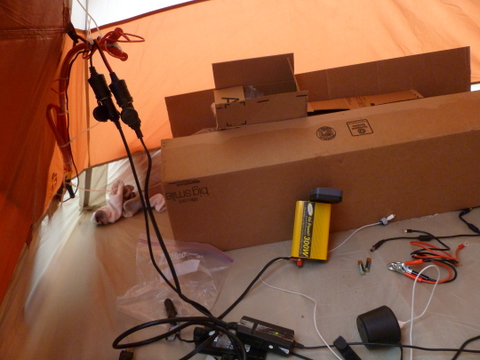 He has deep cycle batteries he leaves on the floor-board of his car since they are too heavy to be carrying around. He runs an extension cord from the generator to a battery charger in the car which charges the batteries. From the batteries he runs cables into the tent. In the picture on the left we see the inverter and cords that run the many electrical items he uses for work. 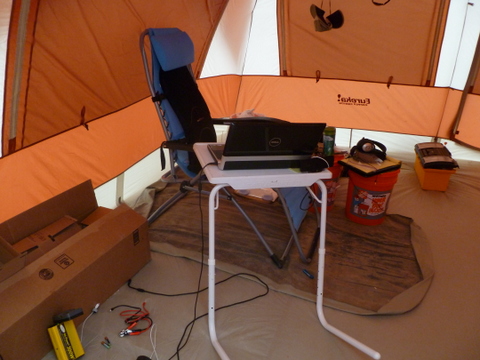 In the picture above we see his office. Having a comfortable chair is important, so he bought a good folding recliner. A portable table holds his laptop and he uses five gallon buckets for tables. 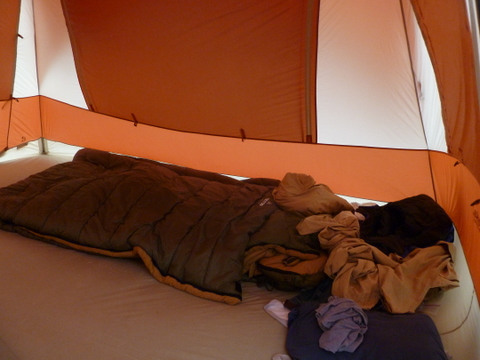 His bed doesn’t look like much but, he has the highest quality self-inflating sleeping pad that Thermarest makes which is very comfortable. He is a cold sleeper so he has two sleeping bags so he can sleep inside both of them when it is cold or just one when it is warmer. The desert can be surprisingly cold at night!

His tent is 14×14 feet and over 6 feet tall. That is a huge amount of room for one person, and would be more than enough for a couple as well. He finds it very comfortable.

He carries a total of ten gallons of water in his two Coleman five gallon jugs. That’s enough for 14 days as long as he is conservative in its use. Notice the spigot which makes getting water out and washing/rinsing easy.

All in all, it is a wonderful life! There is something magical about the desert that starts to get in your heart and changes you. Inevitably the strain and constant stress of city-living starts to fall away and a peace and contentment take its place. Desert Rat wasn’t sure if he would like his new life, but it has far exceeded his expectations. Already, he can’t imagine going back to his old life in the city.

It wasn’t his primary purpose, but a side effect of living this way is that it is one of the greenest, most environmentally friendly ways you can possibly live. He is completely off- grid except for the small amount of gas he uses to cook and for the generator. And that is much more than offset by the fact that he no longer commutes to work. In fact he only drives once every 14 days and that is in an economy car. He is a true minimalist with nothing more than it takes to survive. His entertainment and joy come from nature. 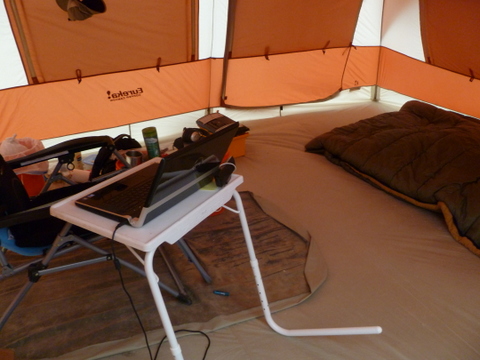