Staying Safe as a Vandweller

Staying Safe as a Vandweller 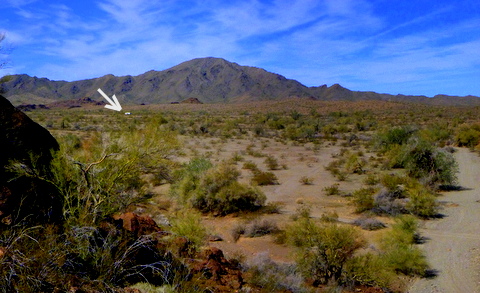 When you’re this far out in the middle of nowhere your safe! But, we’re so adapted to being surrounded by people that when we’re alone we feel terribly unsafe and vulnerable–when just the opposite is true.

One of the most common questions from newcomers about vandwelling is “Will I be safe?” While I can’t guarantee that you will never have any problems, I can say that based on my 12 years’ experience (and the experience of the hundreds of other vandwellers I know) you are very safe living in a van! I have very rarely been in any real danger although I have felt afraid numerous times. And that’s a point I want to make very strongly, although you are actually very safe, initially you will probably feel afraid.
The problem is that for millions of years of we were surrounded by real, physical danger so we evolved the sympathetic nervous system which mobilizes the body’s fight or flight response in reaction to any kind of stressors in our life. For example, if a tiger appears on the path ahead of you, a whole cascade of chemicals (including the hormones adrenaline and cortisol) are released into your body to make you more physically able to handle the threat—either fight the tiger or run away from it. But in those days there were no imaginary dangers, just a few real ones so we were rarely stressed.

Today, it’s just the opposite, you and I are rarely in any real danger, but we have filled our mind with imaginary dangers so we are constantly stressed. That stress is killing us!

The tigers are gone! You and I face virtually no physical threats but the chemicals are still there ready to be dumped into our body. Maybe you think I’m underestimating the risk we are in, after all, we see crime on the TV and in the news all the time, we feel like we truly are surrounded by violent, dangerous crime!

We are quite safe but too many of us go around in constant fear that we are going to be attacked and killed. You’re not, you are safe. (see all US crime statistics since 1960 here: http://www.disastercenter.com/crime/uscrime.htm).
Because we are such visual creatures that evolved to be constantly scanning for danger, when we see horrible things on the TV news (“if it bleeds it leads”), movies and the media, our mind takes them in and internalizes them. Before long we become mentally and emotionally convinced that we are in nearly constant danger. The result is that the media hype causes us to be in a constant state of hyper-vigilance and since it’s only imaginary we greatly exaggerate the little threats around us. There may not be any more tigers, but there are impossible deadlines at work, the jerk who makes your life miserable and the idiot who cuts you off in traffic. When you get home your spouse or kids appear to be against you so they become a danger point. Our bodies react by constantly pouring out stress chemicals and we end up with road rage, domestic violence, and aggressive, unreasonable people. The main thing I want to accomplish in this post is not to make you safe—because I believe you already are safe—it’s to make you feel like you are safe and help you overcome your imaginary fears and prepare for the real ones. Until you relax and overcome your fears, you’ll hate vandwelling.
The odds of you being a victim of a violent crime in a city are very low, and if you will follow the advice I give you, you will be even safer. As safe as you are in a city, you are much safer in the country as a boondocker. Violent crime on National Forest and BLM land is so rare that no one even bothers to keep track of the statistics. It’s true that every so often you hear about a murder on Public Land but the fact that the media makes such a big deal of it tells us that it is exceedingly uncommon and out of the ordinary. While you are very safe on public land, I still recommend you follow these common-sense suggestions I’m giving you here.
In this post we are looking at general, common-sense ideas, in the next post we will get into the debate of whether you should carry a weapon, and if so which one. 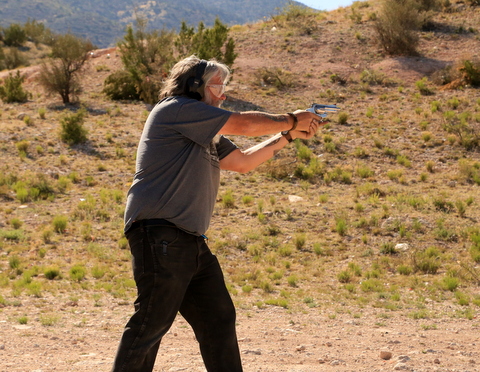 Nothing makes me feel as safe as having a weapon. In our next post we’ll discuss the pros and cons of weapons and discuss the different options.

That’s all I can think of right now, but if you have something I’ve missed post them as comments and I will add them to the list!!

Previous Is Security a Myth or Is it Real?