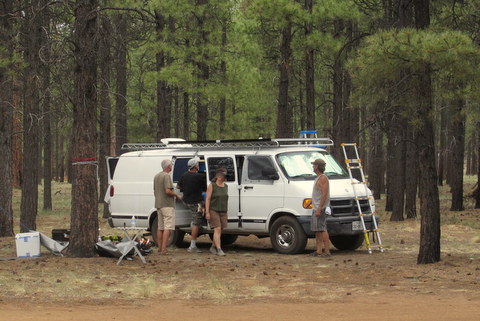 In this post I am going to do something a little unusual it is a combination of a Classified Ad and conversion story. I met Richard at the RTR and he was one of those rare guys I knew instantly that I could be best friends with. That doesn’t happen often, but I always treasure it when it does happen. While at the RTR he and I went down to the Solar Store in Flagstaff and bought his system. Everything he bought was the very highest quality and one of the very best systems I have ever seen (over $4000 for the parts alone). I watched him and some friends install it and everything is top-notch. It’s all done the right way with no cutting corners. With 630 watts, he should never run out of power, even in a week of rain.
This post is just an overview of the van and giving you the sales information. In my next post we will look at the details of how he converted the van. He documented it unusually well, so I think it will be  especially helpful. 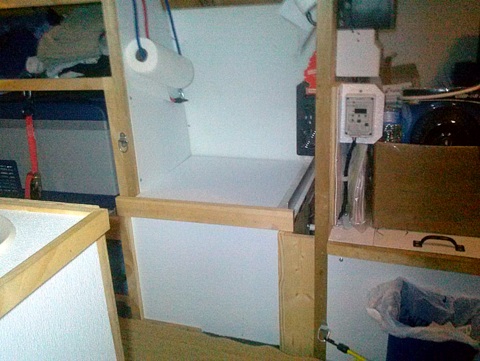 Looking in from the side door. Everything is very well done! 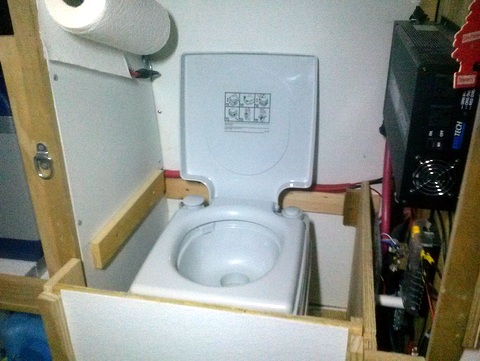 The porta-potty is hidden from sight and easy to get to and use.

Since then his circumstances have changed and he is able to return to his wife and family in Thailand earlier than he planned, so he is selling the van. You might think he is asking too much but when you consider everything you are getting, he is asking less than half of what he has invested and that doesn’t include his time and labor—which would increase the price by at least a third. So in this series of posts I’m hoping he sells the van so he can go home and one of you can get a truly outstanding new home. And the rest of us can see and learn from an outstanding van conversion with many new and creative ideas. This his story in his words.

His bed is across the back door. You can see the sink (with it’s 12 volt water pump), one of the ARB refrigerators and stove. All are included in the sale price. 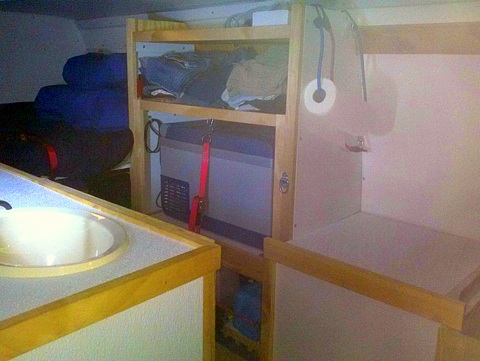 The other ARB refrigerator. Most people won’t want two, so you can easily sell one of them and get some of your money back!

The Van Repairs and Maintenance

Dodge Ram 3500 1 ton extended camper van 5.9 liter, automatic,136,000 miles. I’ve lived in this home on wheels for the past 2 months while touring the US almost 13,000 miles. It has been very dependable. I was planning to live in it for up to 5 years so was getting it comfortable and invested over $20,000 for the build, tools any repairs and appliances. However, my plans have changed and i will be moving back to Thailand much sooner than expected. All appliances, stove, sink, fridge/freezers, heater, tools and solar system are all new purchased since June 2013 and I have all receipts. 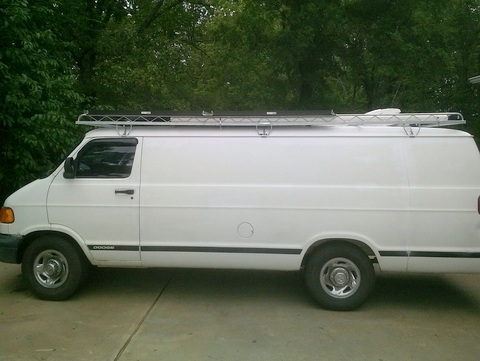 If you’ve never been in a extended van, the amount of extra room they give you is amazing!! I wouldn’t buy a van without it.

I am asking $9500, but since I’m in a hurry to get back to my wife in Thailand I will consider any reasonable offer. I’m currently located in southern California and headed to the Thai Embassy in Los Angeles on Tuesday morning and would love to leave soon after. My cell # is 903 573 2982.
Thank you again Bob for all your help. It was an honor to have met you at the summer RTR and I know that had I stayed in America you and I would have had some really fun and interesting travels together.
Cheers,
Richard
Richard heavily insulated the van. First he put Tyvek against the metal wall, then bubble wrap, then Reflectix, then 1 inch of Styrofoam. All the interior walls are covered with a heavy plastic wall covering called NRP (Sometimes FRP) Waterproof Wall Covering. It will stay very comfortable in heat or cold. 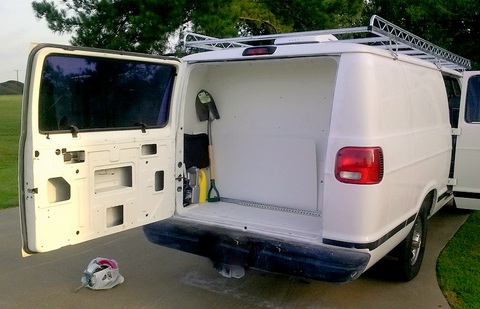 He built a wall in the back of the van creating a sort-of outdoor shed. At first I didn’t like the idea, but then I realized he carried his propane tank in there and it allowed him to use the entire vertical area I fell in love with it. Because it is an extended van, there is as much interior space as most peoples vans so you don’t miss this area. 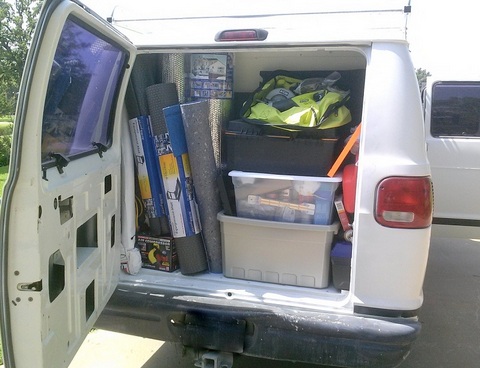 He can carry a lot of stuff in here and it can’t go flying! 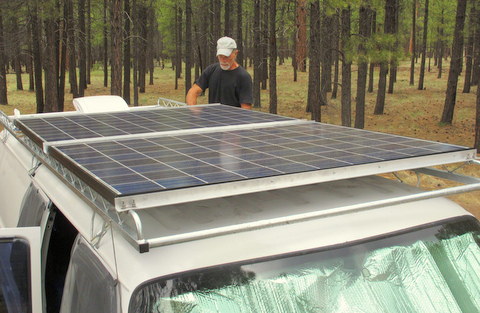 This is the single best solar power systems I have every seen. Every component was chosen because it was the best and and installation was outstanding. Total cost on it alone totalled over $4000. I know that for a fact because I was there when he paid for it. 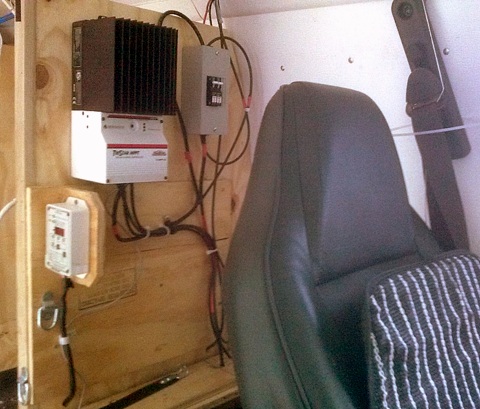 The electrical center behind the drivers seat. All top-quality components.