Civilized Versus the Nomad Mind

Civilized Versus the Nomad Mind 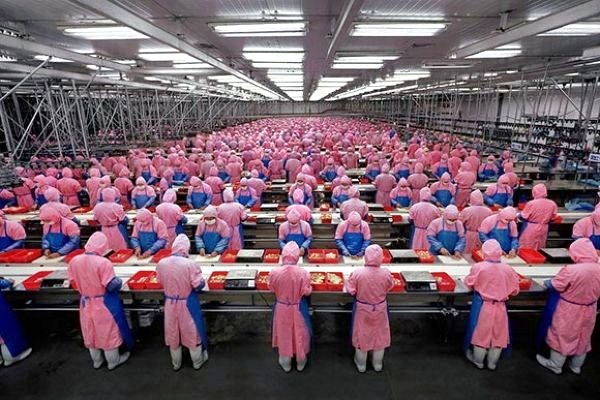 Is this what you were born to be and do? No! We’re all been brainwashed to be cogs in a machine, tools of production. That’s the cost of our lives of luxury and iPads.

One of the questions I get all the time is people asking what vandwellers do with all their extra time.  What they really want to know is “What will I do with myself once I have free time, won’t I be bored silly?“
My standard answer is that there will be a subtle change in your heart and mind and your whole way of looking at the world will start to change. Right now, nearly all of us have what I call a “Time-Clock” or “Civilized” mind and it’s the reason why you feel a constant pressure to be “doing” something. In fact without a job, chore or project, many of us are unhappy and ill at ease. Becoming a vandweller can be a drastic shock to your whole way of life and many people find themselves very uncomfortable in the beginning.
The good news is that for most of us it goes away with time and a renewed connection with nature. What’s happening is you are transitioning out of a very toxic and unhealthy way of living and thinking and into a natural and healthy way of living. The discomfort is your mind resisting the mental toxins from leaving your body. After a lifetime of brainwashing it’s adjusted to them and is rebelling at their loss.
Maybe you’re thinking, “How can Bob know what’s normal for us, this is the way people have always lived and the way they always will. Vandwellers are the weird ones!”
The truth is that if you study Anthropology and look at the long-term history of humans, the way we live now is totally unlike the way humans lived for 99.9% of their history—it’s very unnatural. No child was ever born or grew up looking at their watch. Unfortunately, you and I we were born into a society that is obsessed with productivity and optimal use of our time and as children they pounded it into our heads. Our indoctrination as units of production starts early in childhood and has continued every day since. 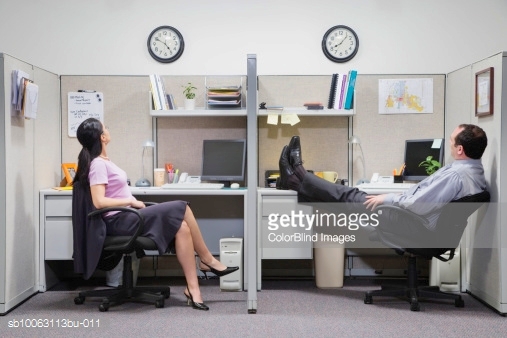 The time-clock mind in all it’s glory and splendor.

For most of human history children were allowed to be children living care-free and happy lives–but not anymore. When I was a kid we were allowed to be children for the first 6 years of our lives, then the brain-washing started, but for many of us, even those days are gone. Instead, parents are packing their preschooler’s every moment of every day with activities designed to give children a head-start on their “productive” lives.
Once we enter school at five years old we fall under the spell and tyranny of the clock. Many of us became trained to stare at it waiting with bated breath for break time, lunch time, and best of all, going-home time. Then we get home and we have to negotiate with mom or dad about homework, chores and projects, hoping we’ll get some time to watch TV or be on the computer or a video game. For the next 12 years at least, our formative years are used to mold our little brains into being worker bees; drones in the hive that work hard and fast.

Produce or be Punished is the American Way

Eventually we enter the workforce and our transformation from human being into a tool of production gets serious. We either work or we don’t eat, if we aren’t productive enough we’re demoted or denied promotion–maybe we are simply fired.
Ultimately the clock dominates our mind and we stop seeing ourselves as people, we are simply units of production, our worth and our merit is determined by our slavish devotion to the almighty clock. No wonder you hear so many stories of people who retire and a few years later they’ve died. Without being productive, they have no value or importance to themselves or to anyone else. They lose their reason to live.
That’s not how humans were born to live, it’s totally abnormal and unnatural to every one of us. It’s no wonder modern civilization is plagued by depression, addiction, obesity, suicide and stress-caused disease. We’re people being forced to live as if we are ants or machines

How are we supposed to live?

For 99.99% of human history nearly all of us were Nomadic hunter-gatherers. We were extremely close and dependent on nature and because nature is so cyclical and constantly changing we were forced to ceaselessly be on the move to match it. Whether we wanted to or not most of us had to move regularly because of:

Humans faced evolutionary pressure just like all the other creatures on earth and over the millennia humans became more and more selected to be nomadic and adventurous. Those of us that could adapt to the constant and often severe changes were adaptable and could easy move when it was required. Those of us who fell in love with the movement and developed a sense of adventure not only survived but they even thrived and passed their Nomadic genes on to their children.
Evolution has selected humans to be Nomads; our environment and natural selection instilled into humans not just the need and ability to be on the move, but the love of movement and adventure. It became a satisfying and wonderful way of life that affected all our thinking and actions.  We developed a Nomad Mind.
Then, 10,000 years ago, humans discovered agriculture and domestication of animals and we stopped moving and settled down to one place. Suddenly we started to live in the future, planning for crops and future plantings, “Do I have enough surplus to get us through the winter, if not, who can I get it from.” That had two disaserous results:

The inevitable result was cities, states, nations and finally civilizations. People who wander around can’t build cities, governments or economies so they needed to be made to conform and become “good productive citizens”. And so we have traditions, customs and schools that beat the sense of curiosity and adventure out of us and instead makes us drone-like ants in lock-step following the “American Dream”. Our old ways of thinking and feeling no longer worked so we slowly developed a whole new mindset and worldview called the Civilized Mind.
Farming meant we were no longer free to roam and travel, it meant we had to obey laws. As capitalism developed the laws of the market place became the dominate power over our lives and now it is our absolute LORD and MASTER. Society summed it up as being “Good productive members of society.” But it really meant we became:

Whether we like it or not, or are even aware of it, you and I have a civilized mind, but written into the core of our being is a Nomads heart. It literally is written into our DNA and 10,000 years of civilization is a drop in a bucket compared to how long we were Nomads. That’s what creates our conflict with a civilized life, it isn’t normal and natural for us! Many of us are terribly dissatisfied with our mundane lives of drudgery because our Nomads heart is still very close to our surface.

If you go on the Road, be Prepared for Some Discomfort

The very fact that you are reading these musings of a crazy man who is urging you to get rid of all your stuff and move into car, van or RV is strong evidence that you are very close to your Nomad heart and mind. The reason you feel this strong urge to become a Nomad is because it’s literally written into your DNA, it’s your normal, natural human way of thinking!
Give in to it!
Perhaps you’d finally be happy if you gave into your normal, healthy instincts! I believe you will! However, it’s important you be prepared for an unexpected initial reaction.
When we stop working and move into a car, van or RV everything about your life changes and you start living like a nomad again, but you still have your civilized mind that wants you to be PRODUCTIVE above all else. But nomads aren’t productive, they are free and happy. Your civilized mind hates that!!!!!
Every moment of your life you were told it didn’t matter if you were happy (being happy is only for when you are old) the only important thing is that you be productive. Suddenly you’re happy but not productive and your mind rebels at that and demands that you DO SOMETHING!! Do anything!! because you are a tool, a machine and all your value comes from production. Happiness is totally irrelevant–production is all important. That’s insane thinking taught to you by an insane society:

By moving into a vehicle, you’ve returned to your normal, natural mind and eventually you’ll regain your sanity and the insanity of civilization will slowly drop away. But it can be very difficult and unpleasant to make the transition and you have to be willing to go through the chaos that will reign in your heart and mind while the poison of civilization is leaving you. The Civilized Mind is very toxic and by disobeying it and not producing but being happy instead, it will punish you and you will be miserable for a period of time. 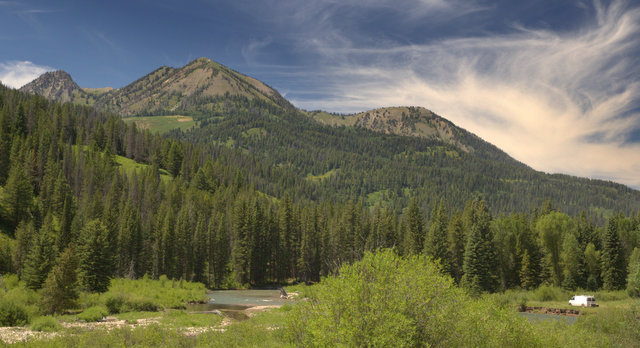 Being in nature is the only thing that can help. Very slowly it will bring you healing relief from civilizations insanity.

There is nothing to do but go through it and let the toxic poison of the civilized mind out of your heart and mind. Then, for the first time, you’ll find true peace and contentment as a Human Being.
Hang in there, it’s going to be worth it! 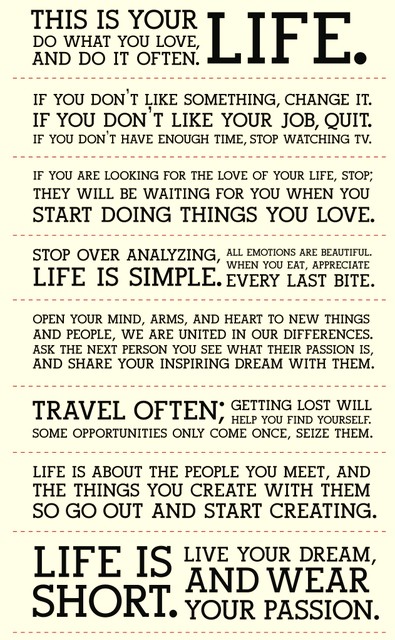 Previous Change is Hard at First, Messy in the Middle, and Gorgeous at the End!
Next Craving Adventure: the Novelty Gene