How to Have Electricity

How to Have Electricity 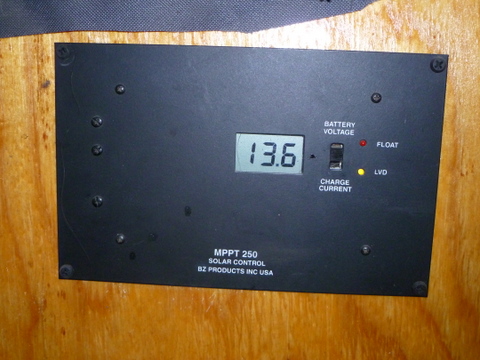 My solar controller has a read-out of the voltage of my battery. Here it is a very safe 13.6 volts

You’ve made the decision to start a new, greener, happier life by giving up your house or apartment and moving into your vehicle. But wait a minute, what will you do for power?

These are pretty important questions. If you don’t think electricity is important, turn off the main breaker to your house and do without it for a week. After living in my van for a week without power, I knew I had to have it. I like to watch TV and DVDs. I want to be connected to the web via my laptop. I like the convenience of a microwave. So I found a way to have electricity in my box van. There are several ways to do this. We’ll start with the easiest, cheapest, and simplest and move onto the more expensive and difficult.

1) Use the car starting battery. While this works, it is not a good idea. You just use the starting battery of your car to run your “house” needs. Your car probably has a cigarette lighter. Since many 12 volt items come with a plug that goes into the cigarette lighter all you have to do is plug it in and it is running off your car battery. For example, many stores sell 12 volt, nine inch TV/VCR combos. For lights the simplest thing is to look around for a 12 volt trouble light at an auto parts store. I have bought them with a cigarette lighter plug-in or with alligator clips to clip on the battery. They have 50 watt bulbs which draw too much power so I replaced mine with 12 volt compact florescent I bought off eBay, or they are available on the web, just do a Goggle search. They put out the same amount of light but only draw 13 watts. For 110 volt items, you can buy something called an inverter. This allows your 110 volt items to be powered by your car’s 12 volt battery. They can be bought for about $40 at Wal-Mart. You plug the inverter into your cigarette lighter and then plug your laptop, TV, or battery charger into it. This works fine as long as you are driving, or running your car often. The problem is that the starting battery in a car is not designed to be discharged and recharged. It should be left nearly full all the time, otherwise it will lose its ability to hold any charge. So if you are parked overnight watching a couple of movies and running your laptop, the next morning your battery will probably be dead and your car won’t start. Very inconvenient! Do that a few times and you will be buying a new battery. Very expensive! While this is cheap and easy, it is also the riskiest way to get power. There are better ways.

2) Buy a Backup Battery Jumper. These are small self-contained batteries with attached jumper cables. They are intended to be carried with you in your trunk to jump-start your car if your battery dies. You can buy them with built in tire inflaters, lights, and even inverters to run 110 volt items. Nearly all come with an outlet to allow you to plug cigarette lighter items in. Make sure you get one that can be charged from your car’s cigarette lighter so you can recharge it while you drive. These have the advantage of providing you with power, and they won’t leave you stranded with a dead battery. Sam’s Club sells one for about $45. However, the batteries in these are not very good. They are small, will run down quickly with use, and will fail after a few discharges and recharges. So they really aren’t a good answer either.

3) Install a second deep cycle battery. This solution is by the far the best, so we’ll spend a lot of time explaining how to do it. First, let’s talk about which battery to buy and where to carry it, then we will look at how to keep it charged:

How will we Charge Our Batteries? Now we know which battery we will buy and where we will put it. Here are four ways to keep it charged.

1) Car alternator: We have a built in source of electricity in our car’s alternator, so let’s tap into it. This is fairly simple: 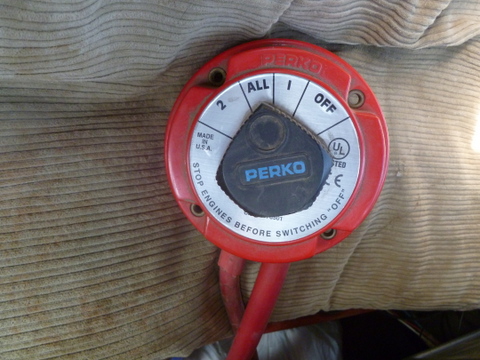 However, we still have a problem. If we use too much juice in our house battery, it pulls whatever is needed from the starter battery. If it draws too much, it won’t start the car and we are stranded. Do that a few times and we are buying a new starting battery. There are three solutions to this problem.

2) Charging from a generator: For several reasons I won’t go into, just charging off the alternator won’t be adequate to keep your battery fully charged. A great answer is a generator. You may think a generator isn’t for you because of their many problems: there isn’t room in your car/van/RV, they are too heavy to lift in and out, they are too hard to start. When they are running, they are so loud they drive you crazy, plus they burn too much gas. All of that is true of past models of generators, but fortunately none of it is true of a new generation of Honda and Yamaha generators. They are tiny, light, quiet, start easily and sip gas. And they will run very close to forever. You may think I am exaggerating but seeing is believing. Visit a Honda or Yamaha dealer and be amazed how practical they are for car/van/RV living. The one problem is that they are fairly expensive. You can get the 1000 watt model for about $700 over the net. If you have the money, they are worth it. A 2000 model is about $950 but it has enough power to run a microwave, portable electric heater, or small portable or window air conditioner. For many people they are the ideal solution.

3) Park in an RV park. Once a week you can stay in an RV park to charge your batteries. While you are there you can do your laundry, wash your dishes and take a hot shower. Many offer cable TV and Internet access as well. If you pay $20 a night, that is $1040 per year. You could have paid for a generator and had money left over for that. Of course $20 a week is much easier to come up with than $700 cash so maybe it is worth it to you. Whether you are charging your battery at an RV park or with a generator, you will need a battery charger. Your first thought is that any old automotive battery charger will do, but that isn’t correct. Deep cycle batteries are fussy on how they like to be charged. A regular charger will lead to poorly charged batteries and their premature death. What we need is a “smart” charger. Very often they literally will say “smart” on the package. These are three stage chargers that automatically go through bulk, absorption, and trickle phases. They will charge your battery faster and make them last much longer.

4) Install solar panels. This is the ideal solution but it has several drawbacks. First it is expensive. A single 135 watt panel with controller and wiring will be at least $500-$600. Second, on cloudy or rainy days, during winter, or if you are parked in trees, they deliver less power, maybe not enough to meet your needs. Third, you may not have room for them on your roof. If you have the room and money and live in an area with good sun they are the best possible way to go. I love mine and wouldn’t be without it. Having all the power I need, for free, for the rest of my life is just an astounding thing! But I also have a Honda 1000 generator for times when I run out of power. Look for more details on the pages covering solar power basics elsewhere on this site.

This has been a brief overview of RV electrical systems. I have tried to keep it simple enough to not overwhelm you, but informative enough to help you. A Google search of any of these topics will bring you a wealth of information. A good book which covers all this is:  “Managing 12 Volts: How To Upgrade, Operate, and Troubleshoot 12 Volt Electrical Systems”  – by Harold Barre

This is an important formula for you to know. Whenever you buy any electrical appliance it will come with a plate on it somewhere that tells you either its volts or amps. Using this formula you can know how much power it is going to draw off your batteries.

Why is it important to know this formula? Your deep cycle battery’s storage capacity is measured in amp hours. For example it may be 100 amp hours. You don’t ever want to use more than half the battery’s capacity without recharging, so you have 50 amps available. So, if you use the formula to determine your fan uses 5 amps an hour, you know you can only use the fan 10 hours a day before you have used all the power you safely can.

Finally, it’s important to remember that even if the item is 110 volt, but you are running it off your inverter connected to the batteries, you divide the watts by 12 instead of 110.